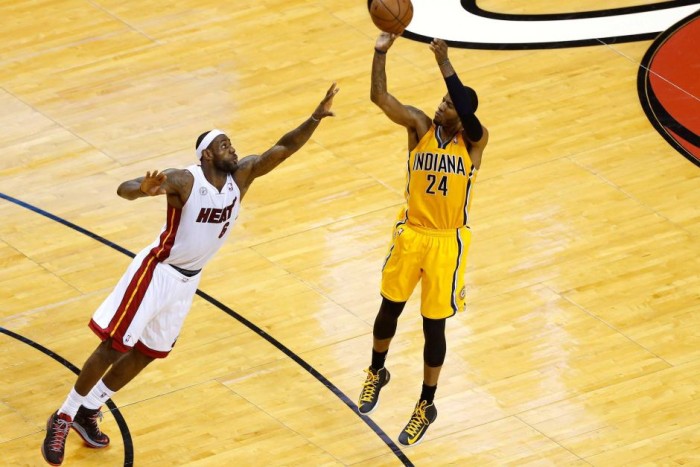 My impressions might be tainted by the game I saw last night against Memphis, but I think the Indiana Pacers have some figuring out to do. They want to run an offense I’m not sure they understand, the roster turnover is causing on-court chemistry issues and I’m not sure they have the right pieces in place yet. I love what I’m seeing from young Myles Turner who seems eager to play (he roster Brandan Wright pretty good last night), but it seems like they’re a little bit of a house of cards right now. Will the Pacers make the playoffs? I believe so, they’ve almost sneaked in last year WITHOUT Paul George, so I think it’s just a question of balancing the roster and the strategy in order to find their groove, but they’re eventually going to make it. Their record this year will not be a good indication of who they really are as a team, but give them one year or so and they’ll become a significant factor in the East again. It’s going to be ugly, it’s going to hurt a little, but Indiana will figure it out.