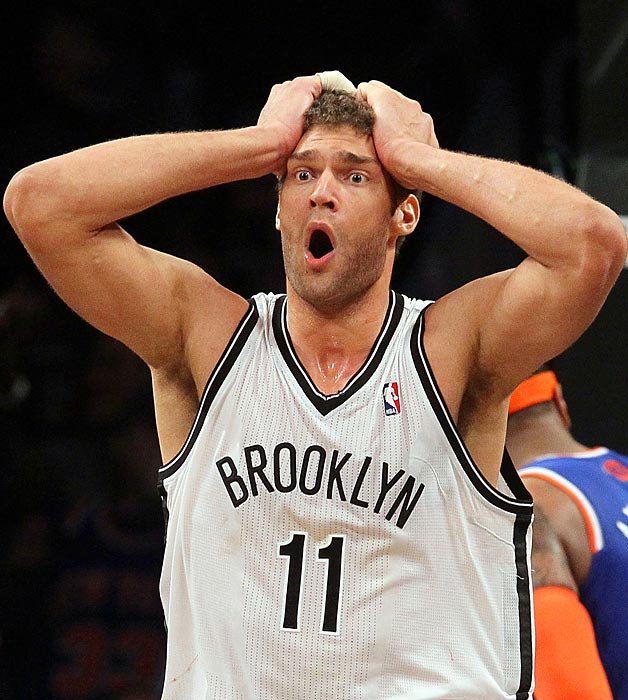 The Brooklyn Nets suck balls and it’s a complete mystery how they managed to make the playoffs last year, even in the depleted Eastern Conference. It’s even worse this year, they’re not even 5 deep and their bench is a collection of dubious prospects and NBA washouts. If they were in the Western Conference, they wouldn’t top 15 wins this season and end dead last, but the East being what it is, Brook Lopez and Joe Johnson will lift them above the likes of Charlotte and Philadelphia all season and they will play each other a lot.

Seriously, I do not know of one team that’s more fucked than Brooklyn and it all stems from that stupid gamble they took on antediluvian Paul Pierce and Kevin Garnett, who they don’t have anymore. The Nets are out of draft picks for the foreseeable future and anybody who wants to win knows better than to go there. As a Knicks fan, this fills me will satisfaction and hope that this useless franchise is bound to nothing but misery without the possibility of redemption for the foreseeable future. The Nets need to go back to New Jersey and make peace with the idea that they’ll never be cool.