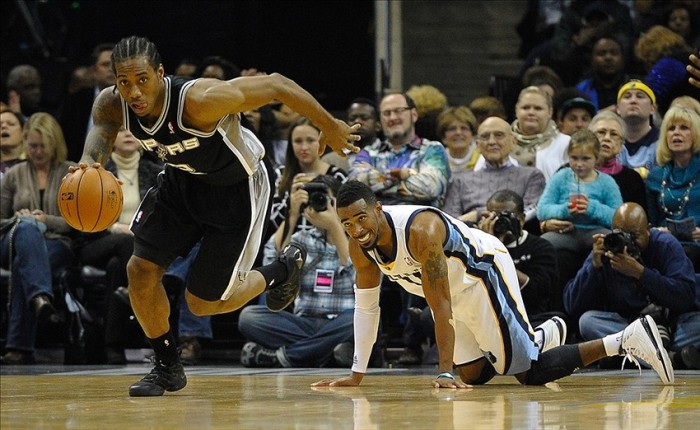 This starting five is SO. RIDICULOUSLY. STRONG. Imagine having to penetrate the perimeter on the wing with Danny Green and Kawhi Leonard on your case, only to find out you have to deal with Tim Duncan at the rim? This is insane. A lot has been said about the Spurs taking a gamble on LaMarcus Aldridge and to a certain extent it is true, but if the Spurs, who are all-sports leaders in matters of reinventing their lineup, cannot figure it out, nobody can and Aldridge then wouldn’t be worth the gamble for anybody.

The Spurs have looked old last year getting eliminated in 7 games by a Clippers squad that put up the performance of a lifetime and the specter of the unknown is hovering over the city for this season, but Jesus. Do they have talent or what? If last year’s squad wasn’t enough anymore, they replaced Tiago Splitter by freakin’ LaMarcus Alrdidge, added a humongous Eastern European center with a soft touch, NBA’s resident hitman David West and, my favorite addition, crafty and underrated point guard Ray McCallum. I’m warning you RIGHT NOW: Don’t sleep on the Spurs, because if you do it’ll be one of these years where you slept on the Spurs and they’ve won it all.