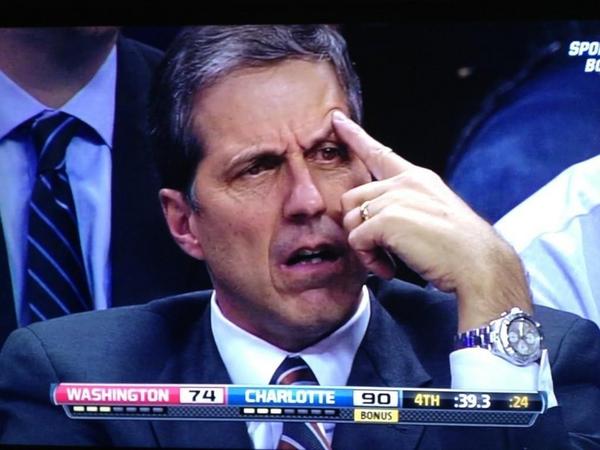 If there is one thing to realize from looking at this roster, it’s that there is hope for Washington. It’s something I never thought I’d say one day, but they are better positioned for the NBA season that, I believe, Memphis or Chicago. I like this roster. It shouldn’t exist, it’s an aberration of existence, but it’s there and it’s going to win a lot of game, no matter if Randy Wittman keeps calling shitty plays or not because the talent is, up to a certain point, too strong to fail. Look at these guys, they are 10-11 deep in a wasteland of an Eastern Conference.

Hold your horses though, the Wizards are still one of the worst managed franchises in basketball and it’s going to cause them problem, especially in the playoffs. Randy Wittman is not a misunderstood genius and the Wizards will have to rely on John Wall and Bradley Beal to bail them out of trouble over and over again. By the way, here’s a good example of Ernie Grunfeld being a shitty general manager: where is that contract extension for Bradley Beal? A team that lucks out every three years on a draft talent is going to hold out on one of their most valuable assets in hope to sign Kevin Durant even when they have about 30 millions worth of expendable contracts in the front court? C’mon Grunfeld, don’t think too hard. Sign the kid and figure it out later. You have a good team now. Don’t fuck it up.