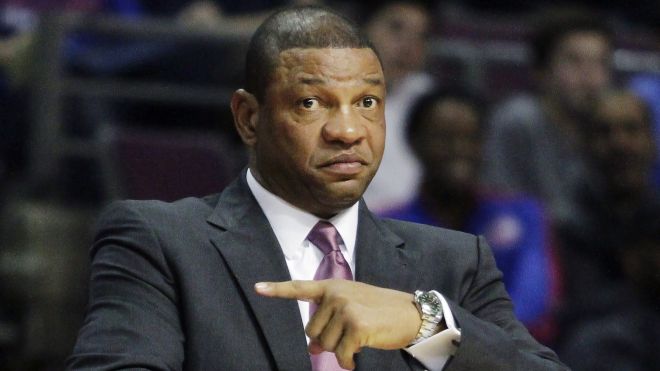 I’ve never been in love with the Clippers’ roster and while I’ll admit they’ve dramatically improved their bench situation over the summer, I’m still not sure they have what it takes to make it all the way. They looked absolutely stellar in the playoffs against San Antonio and then flatlined against Houston a major red flag situations leaked in the media. Blake Griffin and DeAndre Jordan reportedly complained to journalists about extreme fatigue before the now infamous Houston meltdown. I don’t like that at all. It stinks. Everybody has to cope with fatigue in the playoffs. LeBron James dragged a hobbled rag-tag 6 men lineup to the finals and pulled the greatest final performance of all-time. If you can’t cope with the fatigue, maybe you don’t have it in you to win it all.

I think Los Angeles is going to be burning before long. Paul Pierce is a nice addition, but he’s 39 years old. Part of what made him so useful last year in Washington is that he was guiding a young team craving experience. Lance Stephenson’s arrival, Chris Paul’s broken finger, Cole freakin’ Aldrich being the only viable substitute for DeAndre Jordan. I don’t like it. Something is bound to go wrong and newly appointed, overenthusiastic owner Steve Ballmer is going to get involved and do something stupid. The Clippers are going to be bridesmaids again this year, yet they’ll start showing alarming sings of aging and dysfunction.