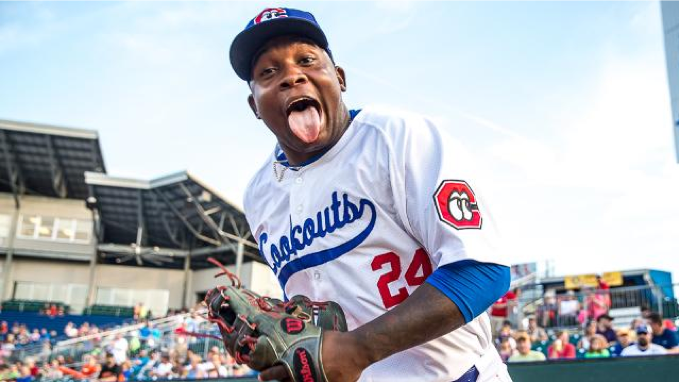 Miguel Sano, already is the subject of documentaries, including Ballplayer: Pelotero in 2012 about how this Dominican-born bambino was signed, an infamous film about the somewhat sketchy dealings between the MLB and international prospects. Born in ‘93 (after Nevermind was released!), he is already worth half a win in WAR as a DH after a week or so in the majors. Expect him to be primarily a DH–he’s already blown out his elbow in the minors, one of the rare position players to undergo Tommy Johns surgery. While his defense is not a plus at this point, he’s a big bruiser, leading the MLB in average exit velocity at 101.64 MPH. He’s also hitting .385 – strong, powerful, ready to crush. The Twins are hangin’ in there on the Royals in the AL Central, and Sano is looking to be a huge part of their second half, if he can avoid stepping on those pesky baseballs.