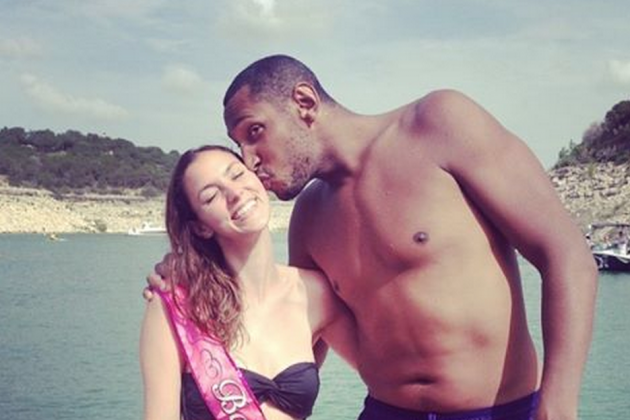 You’ve been waiting for this post. You knew it was coming, partially because I told you, but also because, instinctively, you knew that nothing could be more natural. You’re a cold predator, a shark smelling the blood of sports writing in the water of the internet. You majestic creature, you.

This is the time of year for NBA playoffs. You should be day-drinking and watching sports, and then reading about sports on the internet between sport-game watching sessions.

The Clippers are so fetch right now. You know that at least once per game, you’re gonna see DeAndre Jordan backflip over a somersaulting Blake Griffin while Chris Paul dropkicks the ball into the rafters. And that’s how alley-oops are born.

The real question is can the Clippers make the transition from high-flying circus act to NBA playoff contenders? Can they walk the tightrope through the Western Conference gauntlet on the back of say, a Big Baby elephant? Is that even what we want?

The answer is who care. It’s still kind of hilarious that the Clippers are so much better than the Lakers. Not only better, but more popular. How did this happen? The Clippers’ big three, Paul, Griffin, and Jordan, rule their social circle with a tyrannical efficiency. They take bubble baths together, have sleepovers, get mani-pedis, the whole shebang. It started a few years ago with a simple airplane flight when the three decided to play “ten fingers” together. You know, the “never have I ever” game. Next thing you know, they were telling secrets and braiding each other’s beards. Rumor has it that when Nate Robinson signed his first 10-day contract with the team, they told him that he couldn’t sit with them. And on Wednesdays they wear pink.

The point is, The Plastics rule LA. And Regina George is their leader.

The Clippers, inventors of the Toaster Strudel, are a totally unpredictable squad. If any teams outside of The Spurs or The Warriors have a shot at the Western Conference Championship, it’s probably these guys.

Speaking of The Spurs, they’ve been on an absolute tear. No team has looked more unbeatable than the aging dynasty. Granted, New Orleans got the better of them in their final regular-season game, but we could chalk that loss up to like, a million different things.

Anyway, have you ever wondered what makes The Spurs tick? I’ll tell you.

The team carpools to practices by piling into Tim Duncan’s 2003 Ford Windstar, which is the very same Ford Windstar that Duncan uses to shuttle his family to and from every home game. When The Spurs aren’t on the road, the players take turns hosting barbecues at their modest neighborhood houses. They’re family affairs with kids running around hopped up on junk food while the adults study game film, look at vacation slides, and challenge each other to games of HORSE. Coach Greg Popovich, or “Uncle Pop” to most, usually shows up a little late, but he brings good beer and makes killer ribs. Everyone cheers when he pulls into the driveway.

(Side note, if you Google “Tim Duncan minivan,” you’ll get literally hundreds of image results one of which is, get this, a father and son holding a fish! Amazing.)

Anyway, whereas most powerhouse teams have a “big three,” The Spurs’ stars have more of a “three amigos” situation. I say that because there are three of them and they are friends (amigos). Tim Duncan, Tony Parker, and Manu Ginobili have a combined age north of 180, and most of their grandchildren are high school stars right now. They’re local community favorites, and on any given Sunday you can find Duncan jump-starting an unfortunate shopper’s car at the supermarket, or see Parker helping Mr. and Mrs. Anderson moving heavy bags of mulch off their lawn, and catch Ginobili volunteering with underprivileged kids at the youth center. God bless the Spurs, may they live forever.

But don’t take their kindness for weakness. They may be greying, rickety, and old, but they can still hoop-ball mega hard (or whatever the kids are saying these days). Look for The Spurs to compete once again in the Western Conference Finals.

Caveat: The Clippers are a freaky unpredictable squad, so I’m prepared to eat my words on this prognostication.

Someone asked Anthony Davis whether he was a Pelican or a Pelican’t. Guess which he chose.

They’re not making it past the first round though, so what’s the point?

If last year taught us anything, it’s that you should never count out The Mavericks. They might totally “rock” the “Rock”ets, ha ha! Jokes! But you should count them out of the finals. More on that and their wacky deal with Satan, Lord of the Underworld, Scourge of the Shadow Realms, later.

Let’s talk about the key players. Dirk Nowitzki’s caveman blood will keep him spry and youthful until 42, at which point his teeth will fall out and he’ll be trampled by a mastodon. Rajon Rondo has always looked like some sort of bean or pea pod to me and I don’t like his stupid face, but everyone who’s been talking shit about him are in for it this postseason–he’s about to play decent basketball for the first time this whole year. Chandler Parsons is going to prove that he’s either inconsistent, overrated, or both, and he’ll try his damndest to take the team down with him. I think I hate Monta Ellis, but he can be fun to watch and is clutch as heck. Amar’e Stoudemire’s glasses may not grant him superpowers, but at least they look funny.

But all the individual talent and playoff experience in the world aren’t going to help this rent-a-team. They don’t do cookouts like The Spurs. Hell, most of their practices have started with everyone passing the ball in a circle and playing the name game, and yet most of the new signees still can’t pronounce Charlie V’s last name.

This is all Rick Carlisle’s fault. He made a really weird pact with the devil that involved a lot of diapers, foot stuff, and German techno in order to win it all in 2011. But now come the years of ruin. The pact stipulated that a decade of near-success would follow, and it would be a sick cockteasing run of near-misses and early playoff exits. The dark prince is now “getting his.”

Look for some form of pestilence to descend on Dallas. The plague seems far fetched, but I wouldn’t rule out locusts or even toads.

Seriously, the only glimmer of hope for The Mavericks is Tyson Chandler, which feels weird to even type out loud.

What’s next: stay tuned for an exciting paean to the Oklahoma City Thunder. They’re not a team I like, but they’re a team I like to watch. I’m sure you agree.