I have got a lot of feelings: Mets 6 Phillies 5

So last night I went to a ball game and it was great. So these days my feelings feel of a size that wasn’t built for bodies, and but when I was at the game, suddenly it didn’t matter, in that everything I felt took on the size of the stadium and the crowd and the moment, whose end was infinitely finite, and repeated over and over and over again. Because that’s a fucking thing about baseball! Everything ends in a weird broken and repeating cycle and it keeps going until somebody wins, and if the weather sucks everyone just says let’s wait til it’s better outside, and so in a lot of ways maybe baseball is better than life? But so in this game there were home runs and hit batters and a series of confusing things that lead people who are real and serious professionals to just hold up their hands and say WHAT THE FUCK JUST HAPPENED CAN SOMEBODY TELL ME WHAT HAPPENED, which was amazing, because anyone in this world can be confused and say WHAT THE FUCK JUST HAPPENED CAN SOMEBODY TELL ME WHAT HAPPENED (which can I just say how nice it is to be reassured at how confusing it is at times to be alive), and here are some real professional baseball players (using this term loosely to describe the 2015 Philadelphia Phillies) and then the umpires, whose entire job consists of deciding what happened, that’s it, that’s their fucking job, they said SORRY WE DON’T KNOW EITHER and sometimes you just don’t get to know things and you have to keep going because something else has to happen, and sometimes you get to just stop everything and try to figure it out. In that those are things that happened. So anyway I met my Uncle at the old home run apple because he texted me the night before to tell me that Harang looked OK, which I took to mean in terms of his pitching, because he does not look OK normally, and he asked if I wanted to go to the game on Tuesday, which I did. I didn’t see any baseball last year, because I was boycotting the Phillies, because I thought they were stupid. The boycott began with the Delmon Young signing and Ruben Amaro saying that an RBI was way more important than a walk, which to me represented a fundamental misunderstanding about the game of baseball, in which a body needs to be on base for a run to score, which a walk or a hit by pitch are the easiest ways to do it, in that unless it’s a home run (most of the time) whether or not you get on base depends on the ability of the players on the field to convert the hit into an out. You cannot convert a walk into an out, at least in terms of getting to first. It’s a base on fucking balls you guys. They just give it to you. And so anyway while we’re waiting to get in because I was nannying because I live in Brooklyn and live as best I can in what ways I can, I get an alert on my phone which says that Chase Utley has homered and the Phillies lead 1-0. My Uncle, being a life-long Mets fan, is not entirely pleased. 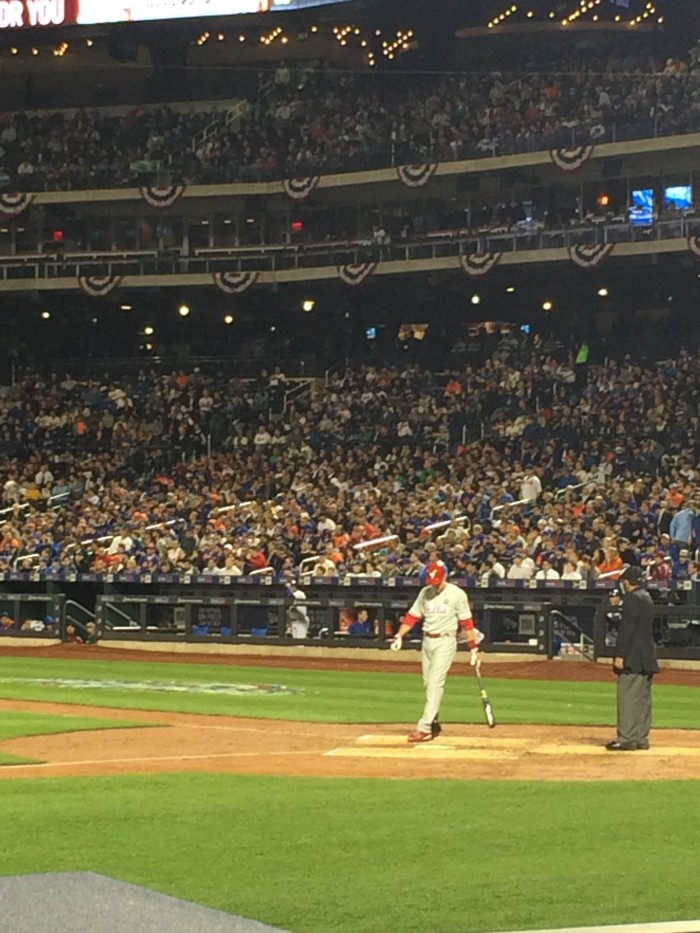 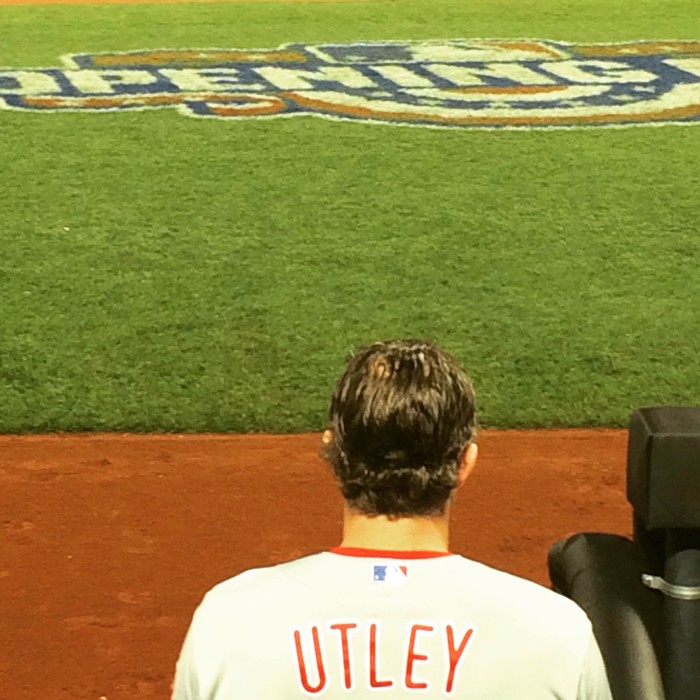 OK then everyone is basically out and nothing else happens. In the 8th though, Wright singles and steals second, but he pulls his hamstring. The Mets are going with a 4 man bench and have now burned all their position players save one: backup catcher Anthony Recker. So he’s at third if you were wondering who’s at third. A backup fucking catcher. JUST TO RECAP: 4 hit batters, 4 home runs, several misplays at the plate, and a backup fucking catcher is now playing third base. I have not thought about my personal life at all since the moment I saw the diamond, and everyone assembled as though something could happen at any moment, which in this fucking game it did. At every moment either nothing or everything was happening. It was a real Schrödinger’s Cat of Emotions at CitiField. OK now we can go to the ninth. So the Mets are up 6-4, it’s the top of the ninth. Jeff Francoeur, Perennial Rookie of the Year Candidate and All Around Idiot, has been playing right for a hot minute, and he homers. It’s 6-5. Everyone else strikes out. That’s it. That’s the game. Then I went back to Brooklyn. 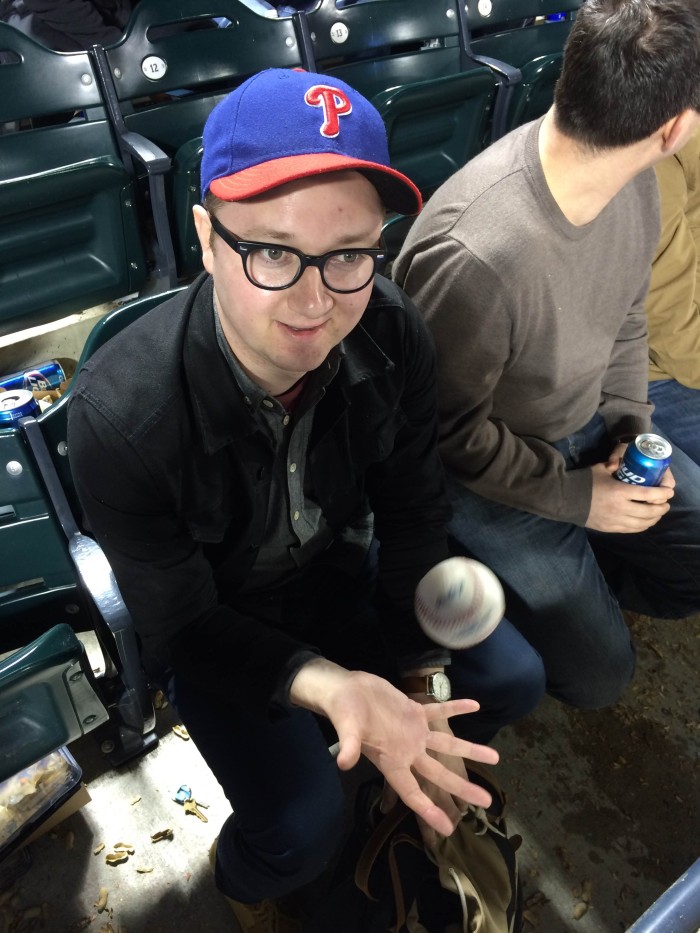 The author with a baseball, which was given to him by Carlos Ruiz, in that Chooch threw it to a Yankees fan who gave it to the author because baseball is bigger than any of us.

And holy shit you guys. My team didn’t win but a lot of things happened that normally don’t happen at a ballgame, and they all happened one after another in orders that made little to no sense in terms of a progression of things, and it was just exciting as hell to be there, because as much as I’d have liked to have won [because I get to conflate myself with the team I root for because of metaphor and hometowns and hyperbole and straight foolishness], I got to see something I wouldn’t normally see, and feel almost a part of it. Which is, I think, maybe something.