Stats in Baseball: The Highway To The Danger Zone? 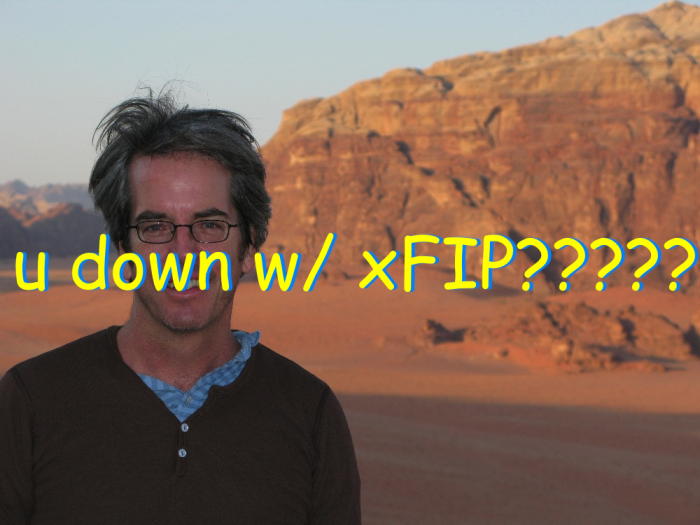 Stats are the bread and blood of Christ in the communion of the game of baseball.

It wouldn’t be another year of baseball without another anti-stat article. And I see that you’ve recently wrote a New York Times op-ed piece called ‘Don’t Let Statistics Ruin Baseball.’  Congrats on the by-line! I see you have fulfilled this obligatory article quota for anti-stat baseball fans everywhere.

However, I ran the article through my PC3000 Bullshit Baseball Article Program and a few things came back that I’d like to bring to your attention. It looks like there were some red flags in “things that don’t make any sense” category. PC3000 Bullshit Baseball Article Program has selected a few quotes that I would like to bring to your attention. They are listed below.

When it comes to watching a matchup of, say, the Mets pitcher Matt Harvey and Giancarlo Stanton of the Miami Marlins, statistical analysis is about as helpful in deepening an appreciation of the human drama unfolding before us as it would be for a Pavarotti aria.

Stevie, I believe the PC3000 Bullshit Baseball Article Program has identified that your buried simile doesn’t really work here because stats actually are a huge part of baseball and do help us understand the game better, and do, in fact, add to the drama. PC3000 would like to bring to your attention that Giancarlo Stanton is 0 for 6 against Matt Harvey with two strikeouts. That makes the next time Stanton faces Harvey, say with the bases jammed, all that more awesome and actually deepens the drama because we now know Harvey has his number and Stanton is overdue. PC3000 points out that we know this because of STATS.

The PC3000 Bullshit Baseball Article Program has also suggested ceasing with the opera comparisons. Baseball is beautiful and fun and rowdy and there’s beer and sunflower seeds and dirt and grass and chalk and the roar of the crowd and smell of the sweat and the stare-down-step-off-call-time contest of a great pitcher versus a great batter. But it’s not opera. There are no tuxedos and nobody is singing in a language that 99% of the audience doesn’t understand and which, incidentally, not infrequently comes with subtitles on a screen. It’s a game with big athletic jocks that chew tobacco and set people’s feet on fire because they are bored, which is why we love it. But it’s also a game where every single incident is recorded into a statistical category, which we can pour over, memorize and regurgitate to our friends, lovers, and bartenders which, as a result, can bring us closer together with those people while simultaneously offering a much deeper, passionate understanding of that game. This too is another reason why we love it.

In any press box, most reporters are texting, tweeting or Googling stats. This doesn’t work. You can go to the symphony and hear the music even as you’re texting with a client to close the deal. As your thumbs fly and you try not to be distracted by the dirty looks of the guy next you, you might note the orchestra is playing Mahler’s Ninth. But with your attention so cratered, are you really litening to the music? Are you enjoying it?

So if I can interpret the date correctly from the PC3000 Bullshit Baseball Article Program, it would like you to ask yourself: when you were busy being a judgmental coming-up-with-awkward-metaphors-and-scoffing-at-these press-box-laymen type of guy, did you stop to think that maybe they are doing their jobs? Maybe they’re on deadline? Maybe they’re communicating with their editors? Did you stop to think that if they submitted a 40,000 word narrative poem about the game, that they would promptly get canned and not be able to pay their mortgage? According to the PC3000 that doesn’t work, Stevie. That’s what doesn’t work.

A good rule of thumb is that the more a stat relies on abstraction, the less likely it’s going to be consistently useful to a wide audience.

It looks like that the PC3000 Bullshit Baseball Article Program has noticed this presents a non-existent conflict. That audiences are not force-fed advanced stats and have freedom to read and research all the stats they want or do not want to. The PC3000 Bullshit Baseball Article Program thinks a good rule of thumb should be instead to not build arguments around things that are made up and untrue.

Okay! So I think that identifies all the problems … oh wait. Looks like PC3000 has identified one more issue. Let’s see here. Ah, this is strange, it has to do with your bio. Okay, let’s see what it says:

Steve Kettmann is the author of “Baseball Maverick: How Sandy Alderson Revolutionized Baseball and Revived the Mets.”

Hmm, yes I can see why this would be a problem. The PC3000 Bullshit Baseball Article Program would like me to ask you if you’ve watched the Mets in the past couple of seasons? PC3000 looks to also be offering you some statistics. Err, is that okay? I hope that’s okay. I mean they are stats but you know it is a computer program. Anyways here they are:

Ha, that’s kind of awkward. Well, you know, as the sayin’ goes…One man’s revival is another man’s wallowing in utter mediocrity leading to deep moments of existential crisis fueled by the wonder if one shall perish from this earth before their team wins anything of value.

To each their own I guess.  Anyways, good luck with your future endeavors writing about Pavarotti or something. I hope the PC3000 Bullshit Baseball Article Program has been helpful to you, your career, and your future meditations on the game of baseball.