A Plea For Playoff Re-Alignment 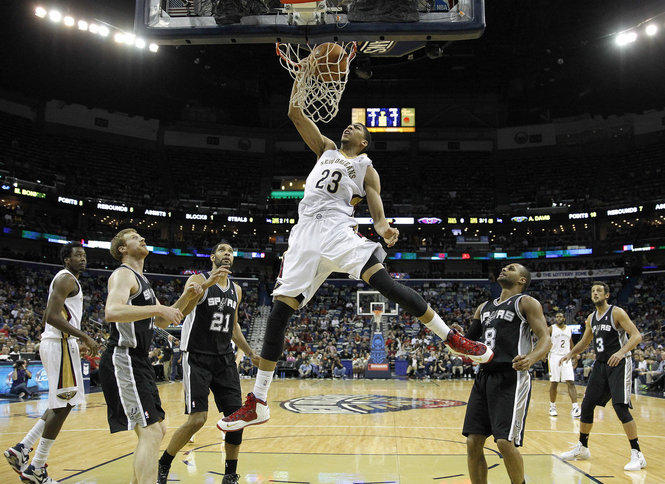 Time travel with me if you will.

The year is 1999. A simpler time – before Y2K hysteria, Justin Bieber, millennials, iPhones, or anything else that you would ostensibly be shocked to realize wasn’t around back then. (Yo-Yos might have still been popular. The jury is still out.)

In the world of the NBA, a fresh-faced Vince Carter burst on to the scene, in Toronto of all places, electrifying crowds with never-before-seen dunks, Allen Iverson led the league in points for the first time in his career, Karl Malone won his second regular season MVP, and the San Antonio Spurs won their first ever NBA title. Also that year, the eighth seed in the Eastern conference had a better record than its Western conference counterpart. That would be the last time it would happen.

In the sixteen following seasons, including 2014-15, not only did Western conference 8th seeds have better records than the Eastern 8th seeds, but so did Western 9th seeds in twelve separate seasons. To dive even deeper into the dark waters of the heavily imbalanced lunacy, Western conference 10th and 11th seeds had better records than the Eastern 8th in seven and three of those seasons respectively.

In the past sixteen years, on more than one occasion, teams who had failed to make the playoffs in the Western conference  actually won more games than 2-3 teams in the East who secured themselves a spot in the dance and thus a shot at winning an NBA title. Give that a minute to sink in.

Let’s travel back in time again to clarify here. It’s the 2007-08 season – what seems like only a moment ago. Kobe Bryant wins regular season MVP and brings his Lakers to the finals, the newly-formed big 3 in Boston win 66 games, and we’re introduced to a young kid named Kevin Durant in Seattle.

At the bottom end of the Eastern conference playoffs sits Atlanta. Led by Josh Smith and Joe Johnson, the high-volume scoring Hawks finish a full eight games below .500 at 37-45. On the other side of the country, an overachieving Sacramento team, a blossoming Brandon Roy/LaMarcus Aldridge-led Portland team, and a plucky Golden State team led by Baron Davis and Monta Ellis all finish with better records and miss the playoffs entirely. The looniest thing about that ordeal? Golden State’s 48-34 record would have placed them in the fourth seed in the Eastern conference. Instead, they started shining up their drivers and putters for the golfing green a little earlier (or bought the biggest bag of Funions they could find and sat on a couch for 3 months. We’ll never know.)

Snap back to the present. In the midst of a battle that can only be described as a brisk limp to the finish line between the injury-plagued Thunder and the injury-plagued Pelicans, our lovable Eastern conference hopefuls are sitting relatively pretty. At the time of this article, the Celtics are clinging to the 8th seed. That’s right. The same Celtics team that were jettisoning anything they could find to sink down to the bottom of the draft only a month ago. You could have waltzed in to TD Garden and walked out with a handful of custodians, a few backboards, and the team’s ball boys while getting a smile and a nod from Danny Ainge. Clawing at their backs in the 9th spot, and I use “clawing” very loosely here, is an Indiana Pacers team that has played the entire year without their top player (Paul George) and figured it out without their second and third best players (George Hill, David West) for extended periods of time. Mmm, you can just hear the sizzle of that playoff steak.

In years past, the case could be made that 8th seeds had never won a title and had only ever made it to the finals a single time (Knicks, ‘98-’99). It could be argued that any team lower than a fifth seed had no chance considering the lowest seed to win a title was a sixth seeded Houston Rockets team led by Hakeem the Dream. This isn’t the past though. This year could be far more catastrophic for the league. Mainly because of one man – Anthony Davis. The Pelicans’ forward that many are already anointing  a “generational” talent. The man who willed his team to edging the best team in the NBA by putting up 29 points and 10 rebounds last night. The same 22 year old Davis that is putting up a PER of 30.9 that puts him in to a class of only seven players in the history of the league. Of those seven players, all of them are either Hall of Fame-bound (Shaquille O’Neal, Lebron James, Tracy McGrady, Dwyane Wade) or have already been etched into the history books up in Springfield, MA (Michael Jordan, Wilt Chamberlain, David Robinson). That’s how special Davis is in the league.

And yet, despite teetering on the edge of historical brilliance, Anthony Davis has a good chance of not playing basketball in May or June like he should be. Instead, the Milwaukee Bucks, Brooklyn Nets, and Boston Celtics are all currently holding playoff spots while having a worse record than Davis’ Pelicans. The superstar who is the heir to the throne of “face of the NBA” will be just another outsider looking in.

On the chance that the Pelicans manage to beat out the Thunder for the final Western playoff spot despite their tougher schedule (which would be the case if the playoffs started today), the alternative to robbing a man putting up historic PER stats would be to rob one who has slung a battered, withered team on his back with an unfathomable run of triple-doubles. Either way, the NBA comes away with a massive loss.

Now I’m not one to notice the tornado coming for the house and simply shut the curtains. The solution is one that has been proposed to NBA top cheese Adam Silver and is supposedly being considered – open seeding. Essentially, teams with the top 16 records would make the playoffs regardless of geography, time zone, or whatever attempt at rivalry-building excuse that divisions are supposed to carry. The team would then be seeded and the playoffs would carry on as they do now.

That’s where things get interesting. Silver has tested the waters with the idea of having a mid-season bracket tournament in hopes of recreating the magic of March Madness and seems to be enamoured with the idea. Why not introduce that style of tournament at the end of the season to determine the bottom seeds of the playoffs?

For example, the playoffs could consist of the top fourteen teams to go along with a mini 8 team tournament that would decide the final two seeds. At the very most, it would mean three extra games for those “play-in” seeds and would force teams that are currently falling backwards into playoff spots to play and win for their shots.

In today’s game, fans and media alike judge most players by one end-all-be-all stat: rings. Those who haven’t won are denigrated for never rising to the occasion or lacking a competitive extra gear. Garnett before leaving Minnesota for Boston, Payton during his career in Seattle, or in more overt cases like the careers of Tracy McGrady and Charles Barkley. These elite players were thought of as “less-than” because of their lack of titles. Are we ready to let a flawed structure hold back a player who is working on rewriting history? Are we willing to sacrifice witnessing the meteoric rise of Anthony Davis because we think that teams with losing records deserve to be made a fool of against the Cavs and Hawks in round 1 instead? I think anyone would be hard-pressed to argue that Brooklyn deserved a shot at Cleveland more than Phoenix would or that the Utah Jazz shouldn’t be fighting for a playoff spot right now (they would be tied with Boston for the final playoff spot in the East currently). At a time in the league where legacy matters more than ever, this issue is one that can’t be ignored.

Furthermore, the new ideas that would solve this problem wouldn’t even be drastic ones. If the right moves were made, Silver could have his cake and eat it too. He could introduce an NCAA style-tournament that would not only generate some interest from fans but garner a few extra games worth of advertising and sales for the owners also. With talks of  2017 lockout being threatened and a new TV deal due to take effect that will bring in substantially more money for owners, Silver has an opportunity to present them with an intriguing, fresh idea that benefits everyone and rectifies a thorn in the side of the league.

This is the fork in the road that Adam Silver finds himself at. Maintain the broken status quo or continue to push the envelope as a commissioner of a new era? Possibly waste the next 3-4 years of the league’s most intriguing new star with will-they-won’t-they tension or right a wrong that should have been discussed far earlier than only the past two years?

The bottom line reads like an old Ric Flair appearance: To be the best, you gotta beat the best. Unless we have the best 16 teams battling for that which governs all when it comes to history and legacy, how will we ever see the absolute best that the NBA has to offer?